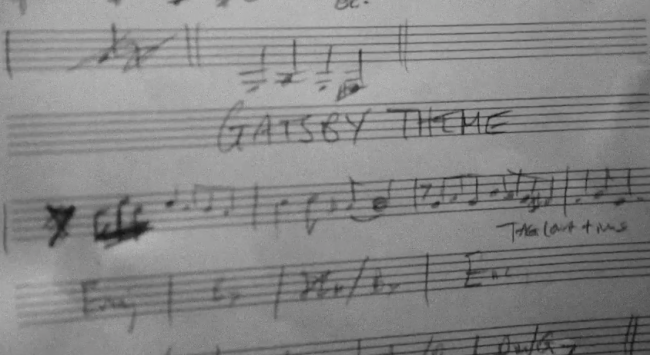 The executive producers of “The Great Gatsby,” Jay-Z and Baz Luhrmann were charged with recreating the momentous era of the Jazz Age for the score.  I can hear the snickering and lip smacking in the background at the idea of a rapper creating a score for a flick with so many obviously white characters.  I commend Luhrmann for acknowledging that jazz is a musical genre with origins in the African American community.

It took roughly 80 years before Jazz or blues were considered American music, other than just jungle music.  From the hard streets of New Orleans, an art form was birthed.  On September 23, 1987, introduced by the honorable John Conyers, Jr. a house resolution was passed by the 100th Congress of the United States of America.  The resolution “proclaimed that jazz “is a unifying force, bridging cultural, religious, ethnic and age difference in our diverse society.”  Interesting, right?  Right!

“100$ Bill” by Jay-Z sets the stage.  Yes, we know he’s pushing 50—nonetheless his eloquence perdures.  You start seeing green, purple and gold: envy, hope and wealth.  Mr. Carter’s braggadocio embodies the sumptuousness of the Jazz Age; he utters the women, the lack of morality as well as the obscure upward mobility.

It was ingenious of Jay and Baz to meticulously have contemporary classics that have already graciously captured the spirit of jazz to be covered by other talented artist.  Andre 3000 and Beyoncé’s duet of Amy Winehouse’s “Back to Black” immediately transports you front row at the juke joint.  “Crazy in Love” is already a brickhouse record; Emeli Sandé coupled with The Bryan Ferry Orchestra gives the song certain versatility that easily makes it a signature tune, sort of like “R.E.S.P.E.C.T.”  If you are to infuse Jazz and Hip Hop and make the correlation that these musical genres are twisted sisters; of course, Q the Abstract makes the cut.  Lana Del Rey hypnotizes you with her boisterous pipes on “Young and Beautiful,” which suits her and her forte for bad boys and their short attention spans.  Sia (“Kill and Run”) and Florence’s voices are like the ocean.  Their unique, hold no bars range allows them to depict blue emotions and love succinctly.  “Over the Love” has blasted from my speakers ad infinitum consecutively since the very moment the credits ran down the screen.  AIN’T no party like a will.i.am party!  Other notables are Jack White, Gotye, Coco O. of Quadron, The xx, Nero and Fergie.

Unfortunately for the naysayers, the execution is immaculate.

A Man Scorned: Fitzgerald is the great Gatsby 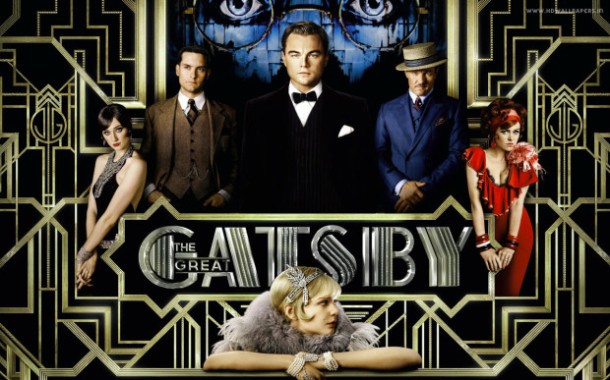 Photo Courtesy of The Great Gatsby 2013

The green light is significant.  Its location is intelligent.  It begs you to realize, life is not about reaching the green light. As long as you can see the light, life is definitely about the journey—the forks in the road.

Such a phrase is most likely attractive to those who have both ambition and determination, which yields you the opportunity to not only succeed but also garner the lessons from failures.

There are many life lessons you can learn from Fitzgerald, as you read/watch “The Great Gatsby.”  It can be said that these particularly lessons became the motifs to his writing, subsequently, his life, to no avail.

It’s more important to know that the forks may lead you beyond the green light, and mostly likely nowhere near that “destined” destination and to be content with this.

“I felt married to her.”

“My life has got to be like this.  It has to keep going on.”

Love is drug and if taken on an empty stomach, you can end up dead at the bottom of a fancy pool.

What was it about the mind of an author in 1925 that could describe love so quaintly?  Fitzgerald aroused the senses.  You could feel, taste and fantasize about the era’s decadence and destitution; love and lust; hope and despair.

This evening I watched “The Great Gatsby,” I read the actual novel years, maybe a decade ago.  Upon learning that the score would be created by Jay-Z, I was instantly intrigued.  I needed to hear him musically not just in prose per se.  Carey Mulligan is dope.  After watching “An Education,” I just knew she was an actress whose body of work would be something to pay attention to.  I find myself rooting for her incessantly, without thought; no matter the role. No matter the character.

Director, Baz Luhrmann, manages to capture Fitzgerald’s classic novel in 3D.  The thought of Luhrmann using this type of photography instead of sepia or black and white shots, could be compared to someone adding shiny rims to a Rolls-Royce Corniche.  However, it brought to life the roaring twenties, the new lifestyles of flappers and the black market wealth of Gatsby.  Like Kanye says “I rather buy 80 gold chains and go ign’ant,” Gatsby was not born rich; something Tom Buchanan does not allow him to forget.

There are so many layers to “The Great Gatsby” as well as ample space for interpretation.  For whatever reason, the movie conjured the love legend of Bram Stoker’s “Dracula.”  I’ve only seen the movie with Winona Ryder.  So this explication may seem shallow and inaccurate.  But apparently, love dies.  The Count dies. Gatsby dies.  A flame can be rekindled yet sometimes the wick is too short to light a flame once more.

Dracula zaps Mina back into recalling his love, their love, the love between Elizabeta and Dracula.  After five years, when Daisy hears just the name of Gatsby her heartbeat quickens.  If you’ve never read the book you wonder does she still love him? Did she ever love Tom?  Although, I’ve read “Gatsby,” I fell in love decades after seeing Stoker’s “Dracula” and then later seeing Fitzgerald’s words come to life in film again; I thought, does Gatsby really know Daisy? A lot can happen in five years, and an affluent first eighteen years of life affords you a certain mentality.

If you’re a purist, the 3D imagery and music (it was the Jazz Age) is without a doubt sacrilegious, but watching this rendition was like reading the book all over again.  This time I felt as if I was Fitzgerald’s friend.  I was no longer engulfed in literature; I became a resident of West Egg and maybe a fly on the wall in Gatsby’s great castle.  It’s as if you wanted something else to happen.  You didn’t want George to shoot Gatsby, especially since Tom was the adulterer.  You hoped that the image of Myrtle dying was some sort of reverse love potion number nine,  Gatsby remains blissful because Carraway is a man of few words.

I am a hopeless romantic.  Daisy Buchannan in panoramic view halted all of my usual hopeful ideals to even begin to whisper.  You hate to see a man or woman fight tooth and nail to win over someone who is not worthy of such persistence.  You love to see the on screen chemistry of Rachel McAdams and Ryan Gosling in “The Notebook.” The movie allowed Daisy’s childish, gullible nature and lack of morality to shine true.

Nick learns that there’s a particular, if not peculiar heighten level of humanity that can develop in the mist of dearth.  The understanding that opulence corrodes decency; creates class division; and prompts corruption is embedded deep into his psyche. He discovers that the pursuit of the American dream coerces you to run faster and stretch your arms farther” and with orgastic vehemence the ebb and flow pulls you backwards.  “So we beat on, boats against the current, borne back ceaselessly into the past.”

It’s like that first sniff (that I know nothing about), you chase it forever in spite of potential death.