Don’t Take Her Choice Away 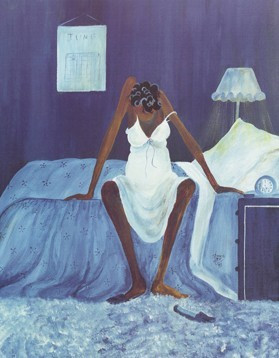 *Disclaimer: This critique was written before the domestic TERRORIST attack on a Colorado Spring’s Planned Parenthood. This critique is a direct response to the “Scandal” episode, “Baby, It’s Cold Outside,” that aired November 19, 2015. May justice be served.

Abstain and there is no need for abortions. The world loves to think that us women aint sexual beings, just ripe enough for their picking. Olivia got an abortion and Fitz once again spoke about his sacrifices. He doesn’t know about it. He didn’t know about Mellie’s rape either. Yet, he’s maintained his sacrificial superiority for five seasons. How many men refuse to look in the mirror only to repeat the same mistakes with a new woman?

This critique is not about religion. It’s not about if it’s wrong or right. It’s not even about conspiracy. It is about women, women having to sacrifice silently. It’s about how the world thinks that those chosen to bring forth life are ill-equipped to have an ounce of authority over their uteruses. Let’s talk about the mommy whisperers of child birth. How it’s so beautiful (up until the moment you’re screaming because you’re pissed at God) and its what makes us women. How about people knowing what God prefers. What exactly has Fitz sacrificed again? This critique is about those shoe boxes we bury in backyards. It’s about rape culture. It’s about a one minute long scene about abortion and women everywhere unanimously shaking our heads in understanding, holding that last sips of wine—letting it burn a little.

Thankfully, I haven’t had to rack my brain, weigh the pros and cons about having to make a decision about an actual life, having to make deals with the universe—but I know women who have, and it ain’t no crystal stare—often times it hunts you. Hell, I’ve probably even said some insensitive shit because of my young, idealistic naiveté. I know women who’ve lost children before they’ve had fingers and the pain that lingers. I’ve gotten drunken phone calls of despair at 4 o’clock in the morning. I know women who’ve had painful pregnancies and weathered through. I know women that has given birth prematurely. Marissa Alexander was wrongfully incarcerated and separated from her premature baby that was still accustomed to breast milk. Those bouts of unsympathetic cogitation women receive for frequenting the hospital when something seems wrong with their unborn child. I know women who can’t move during menstruation. I know women who can’t have children that are supreme nurturers. I know women who have seven 7 children and 20 grandchildren. I know politicians who don’t give a shit. There are countless women who risk their lives despite the perils that may ensue in the event of full term pregnancy.

This episode had plenty of character quirks worth mentioning, this stood out because let’s face it ABC is not cable. The opening scene of scotch and decisions set the stage. I loved that “Silent Night” played during the abortion scene. That song has always been morbid and sonically unpleasant. Olivia realized her elation with Fitz was that she didn’t have to be his everything.

This episode on the surface was about Planned Parenthood. But below the deck it was about a women’s choice and power. Exquisitely, shading the guilt bestowed upon us by men with God complexes; despite our ability to bring forth life and nurture it. Choice and courage is why I think she left.

My critique is no uterus is the same, thus no woman is identical either. And in less than five minutes Shonda Rhimes and her team of writers on “Scandal” manage to display what many women have chosen to do, for a number of reasons that don’t deserve your opinion.

We’re all still waiting for Liv to be satisfied.